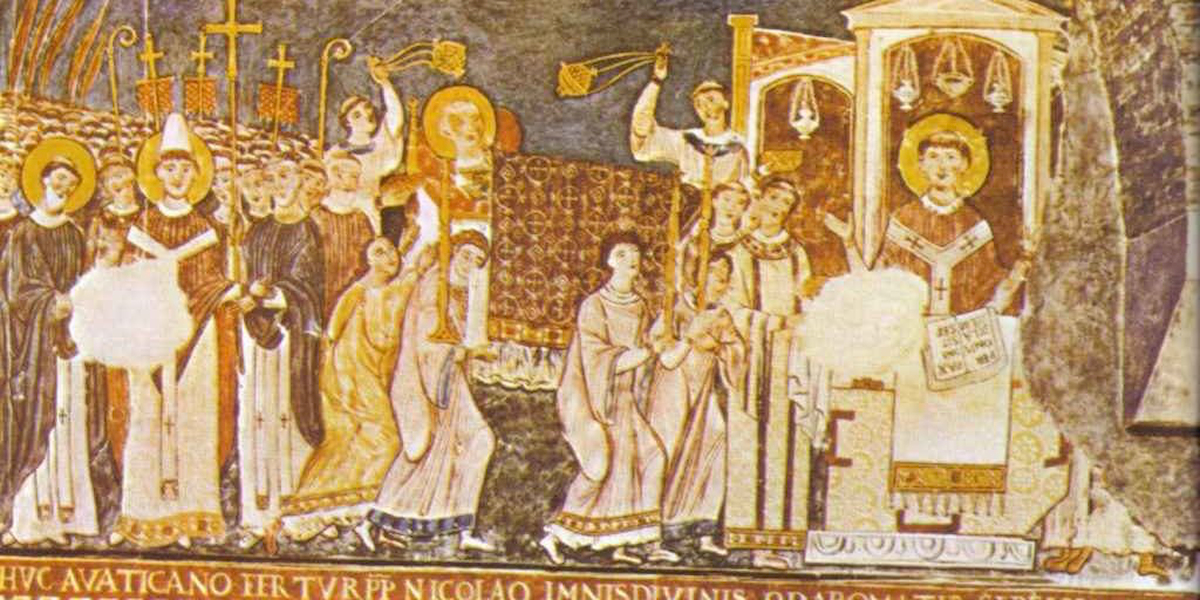 Originally written in 2014, this post has been updated to include the following information. You can now buy a Greek Reader for the Apostolic Fathers, so that you can practice your Greek and read the Fathers at the same time. I am proud to have contributed to this volume for Ignatius’s Letter to the Romans.

Ignatius. Clement. The Didache. The Shepherd of Hermas. Polycarp.

These may be names that you’ve heard.

In today’s church, it’s nearly guaranteed that these are men whose writings you haven’t read. The men were the noble leaders of the early church. Some of them were martyrs. Some, like The Didache, we teaching accepted by all, though not Canonical. The Shepherd of Hermas was the Pilgrim’s Progress of its time, though it likely carried even more weight than Bunyan’s great work. Those who wrote these works were persecuted. They were holy. They were imperfect.

I’ve often found myself wishing I knew the early church fathers writings better. When you ask who the ‘Fathers’ of the church are, often you will hear Augustine of Hippo, Athanasius, Gregory of Nyssa etc. Of course, these were fathers of the church. They were not, however, the Apostolic Fathers. The Apostolic Fathers were those who came only 1 or 2 generations away from the apostles themselves. It is widely believed that Polycarp was a disciple of the Apostle John himself!

Reading the works of such men is incredibly beneficial. It’s easy to get so narrow in my thinking as a 21st century post-Reformation Southern Baptist. It’s easy to get bogged down in logic. The fathers don’t think like I do. They don’t put emphases were I would put them. I find myself regularly rebuked as I read them. For example, their focus on the resurrection and ascension shames me when I so regularly forget to speak of these, opting instead of a cross-alone theology. The cross is our salvation, but so is the resurrection. Reading the fathers teaches me such things.

At the same time that I began to desire to know the early church writings better, I was told by one of my professors that practicing my Greek in a text I’m not familiar with would be helpful. Over a short period of time, I developed a 22 week reading plan for reading the church fathers a little at a time.

In this reading plan there are:

The book that you should get if you want to do the plan is The Apostolic Fathers: Greek Texts and English Translations by Michael Holmes. This book has all of the letters compiled together with the Greek on the left page and the English on the right page.

You may be thinking, “I don’t need the Greek. I don’t read Greek. That’s a waste of my time!” I’d still advise getting that book in the hardback, but you can get the same English translations without the Greek in paperback by the same author here. [Note: if you get this version, my page numbers won’t match up. No worries. I included chapter/verse numbers.]

This is a great way to learn more about the Christian faith. Reading these would be a great activity for a small group or a reading club. I don’t agree with all they wrote. Not all of their interpretations are correct (nor are mine!). I do believe that, with a spirit of humility, I have a lot to learn from these men. You do, too.

Get the Apostolic Fathers Reading Plan