We love lists, don’t we? We especially love lists about books. [Insert witty paragraph that shows I’m well-read and my opinion on this matters.] Without further adieu, the 5 best books I read in 2014 (in no particular order):

Handbook of Consolations: For the Fears and Trials That Oppress Us in the Struggle with Death

If nothing else, this one wins the award for best title.

This book is nearly 5oo years. Written by German Luther Johann Gerhard, this short volume is a balm for every Christian soul. Despite some reservations I have due to my being a Baptist and not a Lutheran, Johann Gerhard’s words were a great encouragement to me. Handbook of Consolations is part of a large, but nearly forgotten, type of literature known as ars moriendi. These books focused on the importance of how one dies. In this book in particular, Gerhard deals with the subjects of doubt, pain, suffering, sin, repentance, the sufficiency of the cross, the certainty of faith, the efficacy of the sacraments, and so on. I would recommend it to all Christians.

K.B. Hoyle is a rising young star in fiction. To take a break from studying during the Spring 2014 semester, I read the her YA series The Gateway Chronicles. These books tell the story of a young girl named Darcy and five of her friends who are taken through a gateway into a land where they have been prophesied as the redeemers of that world, Alitheia. These books are an easy read, and the ending was a true surprise—which rarely happens to me when reading fiction. As a regular fantasy reader, I found Hoyle’s invention of a new mythical creature, called “narks”, to be one of the best and most creative features of any fictional book I have yet to come across. Hoyle’s  understanding of narrative and redemption help shape these stories, and I was easily captured by them.

I hear that I’m about two years late on this one.In this book, Smith argues for a change to how we view education in the Christian life. The life of the mind, he says, is deeply shaped by the liturgies of our life as they shape our desires. He discussion of liturgy and the formative power thereof is so good that I can not overstate it. I think it could be helpfully appropriated by professors, pastors, and stay-at-home mothers. Though this book is not accessible to all (it requires a certain level of education already), I would recommend it to all who are willing to take it on. I read through this with my friends Collin and David, and found it was one of the best ‘book group’ experiences I have ever had because the book in question was excellent.

Bonhoeffer was not C.S. Lewis. Heck, even C.S. Lewis wasn’t C.S. Lewis according to how some folks portray him. Dietrich Bonhoeffer was a fascinating Christian leader who lived a great life. Perhaps better than any other Bonhoeffer biography, and certainly more so than any recent ones, Charles Marsh holds forth on the enigma that was Bonhoeffer, laying bare all of his idiosyncrasies (like his obsessive cataloging of his clothes) and peculiarities (such as his relationship with Eberhard Bethge). I was privileged be at a small book release for this work with Dr. Charles Marsh in Birmingham, AL. His love for Bonhoeffer and commitment to accurately represent his life struck me that night and led me to read this work. What I found was a masterpiece, a wonderful work, that is theologically and emotionally engaging at every turn.

Theology of the New Testament by Frank Thielman 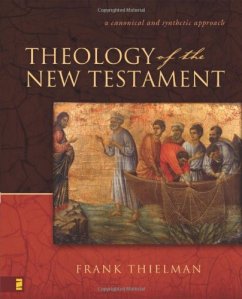 This year for New Testament class, Frank Thielman’s NT textbook was our only text apart from a few articles and handouts. It was and remains to be one of the best books I have ever owned and read. Not only that, I can personally testify that Dr. Frank Thielman is among the godliest and humble men I have ever met in my life. This book is no different. Thielman exudes a quiet confidence in the Word of God in his confrontations of liberal theology while showing no fear of engaging in textual criticism himself. He likewise critiques the New Perspective on Paul while giving credit where credit is due to that crowd. Thielman is not afraid to borrow from someone at one moment and criticize them the next. He recognizes that all truth is God’s truth. Because of this, he draws from the best of all the traditions in Christianity. That, and more, makes this book excellent.

[Part of the Baker Exegetical Commentary on the New Testament Series] 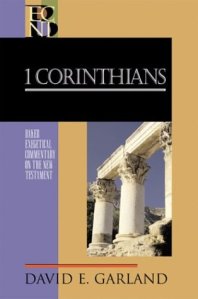 As part of a Greek exegesis class on 1 Corinthians with Dr. Frank Thielman (see above), I was required to read this entire commentary. I was worried, since 1 Corinthians has long been a great mystery to me. Food sacrificed to idols? Sleeping with step-moms? Few things have shaped me in seminary like my time in 1 Corinthians. Little did I know that Paul’s words on lawsuits would immediately apply to my life. Little did I know that God would use 2014 to teach me that weakness is how he prefers his people. As Garland points out, the foolishness of the cross is the primary message of 1 Corinthians. It ought also to be the primary message of our lives. This book is not a devotional. It is an exegetical commentary. If you don’t know a lick of greek, it will be incredibly challenging to read. Nonetheless, my time with this book was a time that I will never forget. Garland’s writing is lucid and concise. He explanation of difficulties in the text and explanations is helpful. I would recommend this book to all preachers, as well as all who wish to know 1 Corinthians better.

I hope you enjoyed this list. Yes, this post was a tad informal. I’m in seminary, and my reading list isn’t for most folks right now. But if anyone benefits from this, it will have been worth it.